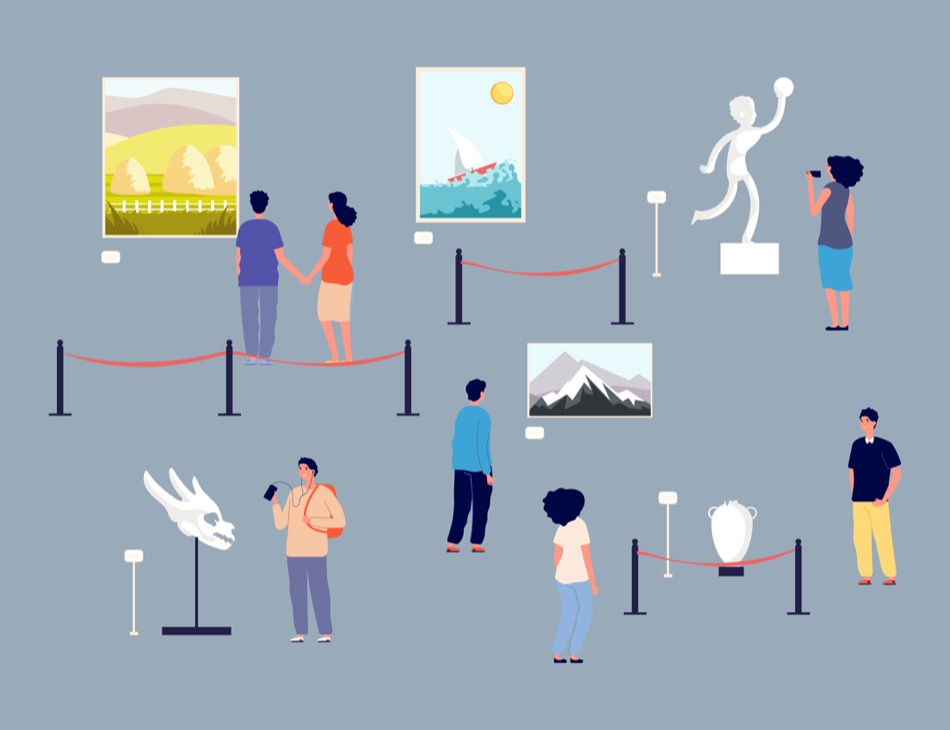 Outside the Vegas Strip and its many famous casinos and hotels, Las Vegas offers a collection of museums for every trip and taste. You can see the history of the city in neon signs, or book a ghost tour experience while exploring supernatural history. Here are the best four museums in Las Vegas for both locals and tourists to discover.

Officially the National Museum of Organized Crime and Law Enforcement, The Mob Museum is a centrally located downtown museum that chronicles the history of organized crime in the United States. The museum's exhibits chronicle many topics through artifacts and immersive experiences. This is a great option for those who are interested in both organized crime specifically or general U.S. history.

The goal of The Neon Museum is to show the history of Las Vegas via old neon signs. Not only does the Neon Museum document the colorful history of Las Vegas, it's built out of an iconic piece of old Vegas, too. The visitor center was renovated from the lobby of the departed La Concha Motel, saving much of the structure from demolition and keeping many of its original elements.

Founded in 1996, this non-profit organization is dedicated to preserving the iconic signs of Las Vegas. The museum also offers 360 virtual tours.

The Atomic Museum documents the nuclear tests that were conducted north of Las Vegas in the desert at the Nevada Test Site. Operating as an affiliate of the Smithsonian, The Atomic Museum has a collection of over 12,000 artifacts from the period to explore and learn. Some permanent exhibits include the Underground Testing Center, which explains how nuclear testing has gone underground, and Atomic Culture.

Zak Bagans' The Haunted Museum is a museum of the paranormal built out of a 1938 mansion reputed to be truly haunted. Wander the winding corridors in broad daylight, or book a late-night flashlight ghost tour experience for the full fright.

The Haunted Museum was featured in Season 11 of Travel Channel's Ghost Adventures and boasts collectibles from other haunted sites, as well as its own supernatural history. With over thirty rooms to explore in the mansion, this is a great option for brave-hearted Vegas locals and tourists alike.

As you can see, there are many museums to visit if you're in Vegas for a longer stay, or not interested in some of the more common tourist attractions. These smaller museums are great options to really see what the city of Las Vegas has to offer, learn something new while exploring the city, and keep some history of Vegas alive and vibrant. Enjoy your time at these museums in Las Vegas, Nevada, today.