California Moves to Las Vegas and it's not just the 1%.

California moves to Vegas and it isn't just the 1% anymore. The migration may have started with the wealthiest and has included many business owners who find California's environment to be a hindrance to starting and running a business.  Since many of our California expatriates are wealthy, it might be considered a trend of the top 1%. 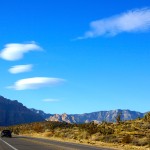 However, we are finding that it isn't only the wealthy who are getting pinched by the new Prop 30. An example is a couple who are buying their first Las Vegas home. They are "retired", however, she went back to work part time and he took another full time job which will last another 2 years before he tries retiring again. They're looking for a modest home in an age-restricted community.  They're financially comfortable, but far from being what you would call "wealthy" or a member of the 1%. They are paying enough in California taxes, that buying a home in Las Vegas where they'll stay for all but May through September will save them $12,000 per year. They both resent that after so many years of working hard, investing wisely and not living an extravagant lifestyle, the State of California has decided to punish their efforts rather than reward them. 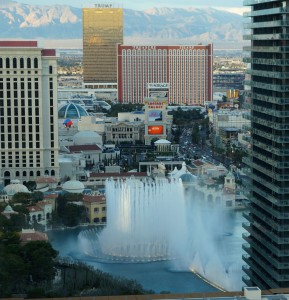 They're moving here with a bit of bitterness towards a State that is expecting the citizens to pay for the politician's mistakes, but we're confident their bitterness will subside once they discover how great it is to live in Las Vegas. So, yes, California Moves to Vegas and it isn't just the 1% anymore. It's the young techie who is tired of paying a fortune in rent who knows they cannot afford to buy in California. It's the entrepreneur with a dream who can't afford the higher cost of starting a business in California. It's the retiree who will now be taxed on their dividend income the same as folks are taxed on earned income. California Moves to Vegas is now the migration of more than the 1%.