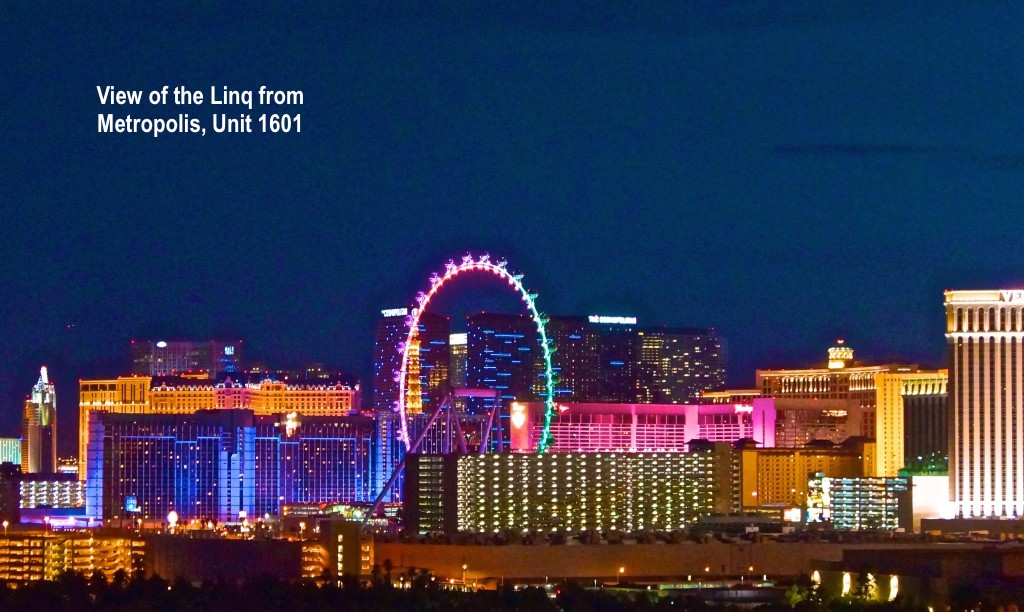 Residents of Las Vegas high rise buildings near the Strip now have a new attraction to enjoy.  The High Roller at the Linq has finally opened.  The ride takes about half an hour.  If you live in a high rise, you don't need to ride it to enjoy great views of the Strip.  The Linq itself is also a nice little Street that has a "neighborhood" feel.  Not sure the ride itself is going to be a great hit but we love how it lights up the skyline. One of the best places to see it is from our new listing at Metropolis. 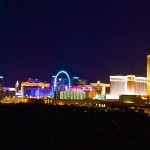 We've entered May with 415 condos for sale in our favorite high rise buildings.  Although sales have been slow in this sector the past few months, this is a slight decline in units available.  Last month it was 446 when we did our update.

We sold 37 units in April.  This was also lower than March.  The current listings would last just over 11 months if no new listings came on the market.  More than a six month supply of inventory is considered a buyer's market.  The high rise segment of Las Vegas housing, continues as a buyer's market.  The condos that are selling tend to be the ones that are in the best location/condition at the best price.

Days on the Market - 19 condos, almost half of the ones sold in March were listed for 30 days or less.  This continues to be skewed by developer owned units that only get entered in the MLS when they go into contract.  This practice accounts for at least seven of the homes that sold.  The remaining condos stayed on the market between 37 and 457 days.  Including the units the developer units that sold with zero days on the market, the average was 161 days.  Excluding the developer units that were listed zero days, we have an average of 199 days on the market.  This is an important number to remember if you are planning to sell your Las Vegas high rise condo.

Six of the current listings are foreclosures.  Another 8 are short sales.

Lowest closing price was unit 603, the short sale at MGM Signature that went for $148K.

CASH DEALS are still the norm in the high rise market.  Thirty one of the units sold in April were purchased with cash.  Three of the deals were purchased with a mortgage.  The remaining three used alternative financing, such as owner will carry or lease/option.

Most Sold - The Martin regained its position as the building with the most units sold in April.  A total of seven units closed in the building.  Not far behind was MGM Signature where 6 units sold in the three towers.