Las Vegas Housing Market Update April 2013 - Where Have All The Bargains Gone? 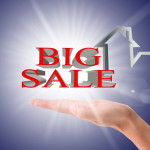 The Las Vegas housing market update for April 2013, shows that sales continued at a strong pace in March with a total of 3530 closing for the month.  We start April with 4342 properties listed for sale in the MLS.  That translates to just over a month's worth of inventory.  Historically, less than a six month inventory is considered a seller's market.  With just over a month's worth of inventory, it is strongly in favor of sellers.

The declining number of distressed homes for sale is putting upward pressure on home prices.  A buyer called yesterday, hoping to find a home that had been on the market for awhile so he could try to negotiate.  He will have slim to zero chances in the lowest price ranges.  He was startled to learn that one of the five condos he had found on the internet was already in contract.  Three of the the others stated they had multiple offers.    Those were all condos listed for under $100K on the West side and they had been listed less than 2 weeks.

The Las Vegas Housing Market Update for today finds an improving market where homes are selling quickly.    In fact, 71 of the homes

There are still some good deals to be had but homes selling quickly is good news for sellers.  The housing market in Las Vegas is up 20% over a year ago.  While many skeptics don't feel this rate of appreciation is sustainable, if the inventory continues at the current low levels, we would not be surprised to see a repeat that brings prices up another 20% a year from now.  One has to remember that even with another 20% in appreciation we would still be substantially lower than the peak of the market.

If you would like an analysis of your home's value in today's market, call (702)354-6900 or email [email protected]  Stay tuned for a look at various niches of the Las Vegas Housing Market Update over coming days.