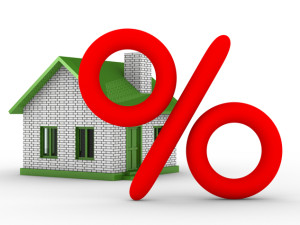 It's official.  After 19 months of watching the median home price increase, it finally took a slight dip of 1.1% in September.  It fell from $182K to $180K.  Considering that prices have risen over 30% during the past year, it's actually a good thing to see the price appreciation slow down a little.  There are a number of factors influencing this.  Starting with the time of year.  Homes that closed escrow typically went into contract in August.  That is a month when many buyers are trying to grab the last chance for Summer vacation and getting ready for school.  Other factors likely include higher interest rates and the decline in the number of homes purchased with cash by investors, which we'll discuss in the final look at last month's deals.

If you follow the real estate press, you may be alarmed by recent reports that foreclosures sky rocketed in September.  We don't expect this to be a long term trend.  The State of Nevada passed the "Homeowner's Bill of Rights" law which went into effect on October 1st.  Many of the banks rushed to file as many Notice of Defaults as possible before the new law kicked in.  The new law is modeled after a similar one in California.  Banks can still foreclose, but they have to take a bit more care.  New rules include discussing options with a homeowner who is in trouble.  Banks can no longer foreclose on a home that's in the process of doing a short sale.  And, a single bank employee is assigned to handle each homeowner.  While foreclosures spiked in the final part of September, the first days of October showed a significant drop.

Current Listings - We have 6569 single family homes listed for sale plus 1529 condos (including high rise) and 534 town homes.  That's a total of 8632 options available for buyers.  In September, we sold 3187 properties through the MLS.  That's 280 fewer than we closed in August.  Not a huge drop but another sign that we're taking a break from the frenzy of investors competing with buyers who want to live in their homes.  And, with this rate of sales, the current inventory is just under a three month supply of homes.  Still a seller's market but not as impossible as the six week supply we had earlier this year.

What prices ranges are selling?  Out of the entire valley, only 211 homes sold for $100K or less.  The hot spot in the market continues 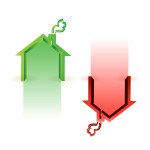 Conclusion - It's still a seller's market, although with closer to a 3 month supply of inventory we are headed towards what would traditionally be viewed as a balanced market.  It is especially important that sellers work with an experienced agent who can help them market their home aggressively and price it to fit the current market.  While prices have escalated over the past year, we don't see them continuing to appreciate quite as quickly.  For buyers, the bargain basement deals have been snapped up, but low interest rates and still low prices make buying more affordable than renting.  Best of all for buyers, prices are still good but we're seeing more choices and less competition from the cash investors.

This monthly market review is courtesy of Debbie Drummond, an experienced Las Vegas Realtor who has helped buyers and sellers for over ten years in the local market.  For more info on the market or if we can help you buy and sell your home, call (702)354-6900 or email [email protected]