Las Vegas High Rise Condo buyers have 549 condos listed for sale in our top buildings.  Basically the same as last month's 545.  Last year at this time we were down to 453 luxury condos for sale.  Some of this is due to the "developer" units that have come on the market.  You'll find them at Palm's Place, Veer Towers, The Ogden and Turnberry Towers.  It would be worse if The Martin and Allure hadn't sold all their developer units. 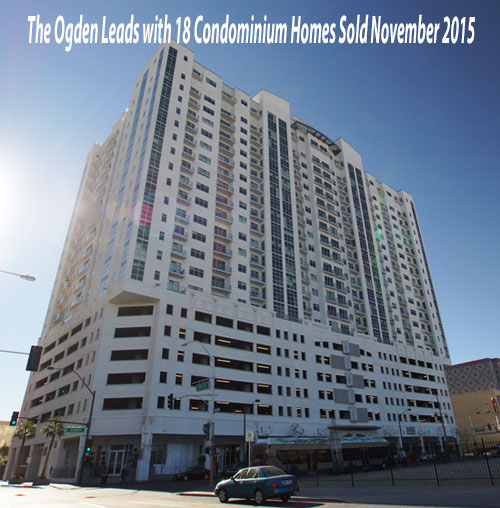 Best Bargains in Las Vegas High Rise Buildings -  This month's options include seven condos priced at $200/sf or less.  On top of the Metropolis unit, five of the bargains are at Allure and one is at Turnberry Place in Building 4.  Metropolis #803 is the lowest price per square foot in any of the buildings.

What Sold in November?

We sold 7 high rise condos for more than $1M in November.  Five of those were above $2M and unit 4506 at the Mandarin came in at $4.2M.  Three of the highest prices paid were at ONE Queensridge Place.  One at the Mandarin, one at Veer Towers, one at Turnberry Place Building 3 and one penthouse at Trump.

We've averaged 51.6 condos sold per month over the past twelve months.  Today's inventory is a 10.6 month supply of condos for sale.  That's still tilted towards buyers.  If we could continue moving 68 units per month, the current inventory would be gone in 8 months.  That would move the high rise market closer to a balanced market.

Out of the units that sold last month, 17 were developer units at The Ogden.  That building has become aggressive with their marketing campaign.  The average days on market for the remaining units soared to 335.  This was due to the closings of several units that had been listed for a year or more.

The highest number of units sold was found at The Ogden.  18 units were sold there last month.  It was followed by Palms Place with 12 condos sold and MGM signature with 10 condos.  Palms Place and MGM Signature are both condo hotels.