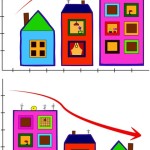 That's a total of 10,161 homes available for buyers.  Welcome news since inventory has been limited all year. 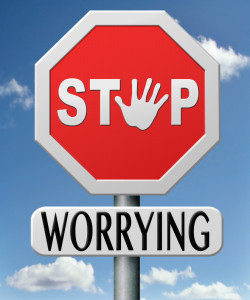 The last time I did a blog that showed we had more than 10,000 homes for sale was February 2012.  That month we had 10,076 homes listed for sale. That was a dwindling number compared to the market of prior years.    The jump in inventory may result in some alarming articles about the market.  Remember the worst years of the market crash saw over 26,000 homes for sale in Las Vegas. 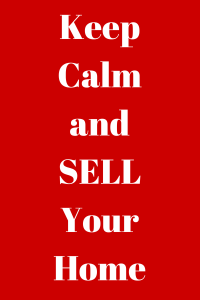 If we sold 3051 homes every month and no new homes came on the market, the current inventory would be gone in 3.3 months.  Less than six months of inventory is still a market that favors sellers.  The number of homes that are selling in 30 days or less is another indicator that we're still in a seller's market.

If we continue selling 3000 homes per month on average, we will need 18,000 listings to have a "balanced" market.  A balanced market favors neither buyers nor sellers.  For this to transition into a "buyer's" market again, we would have to see more than 20,000 homes listed for sale.  Keep these figures in mind when you see alarming articles about the increasing number of homes for sale.

The Las Vegas economy seems to be improving.  A panel spoke at a recent Southern Nevada HomeBuilders luncheon.  The panel of builders expect 2016 to be the "break out" year for housing in Las Vegas.

Nationally, the Luxury Home Market appears to be making a comeback.  As NAR Research shows, much of that may be related to an improved stock market.  The number of luxury homes sold in August doesn't break any records, but the prices were strong.  Nine of the homes that sold were priced at $2 Million plus and five were at $3 Million plus.

The affluent continues to move here from areas where taxes and cost of living are much higher than in Las Vegas.  The most expensive home that sold in August closed for $8 Million.  It was listed with our Broker, Gavin Ernstone at Simply Vegas.  The RJ published an interesting article about the sale.  It compares the expenses for the buyer's Manhattan penthouse and their new estate in the Ridges of Summerlin.  Las Vegas gives more space and lower taxes.  But you may need to hire a staff to maintain that space.

The Ridges of Summerlin claimed all top four spots for luxury homes sold in August.   In fact, the top 3 homes that sold were all on the same street in the Ridges.  Hawk Ridge in Red Hawk would appear to be one of the most exclusive streets in town. An estate home in Southern Highlands came in at 5th place with 30 Castle Oaks Ct closing at $3.065M. Only three of the nine homes that sold for more than $2 Million used a mortgage.  The remaining six paid cash.

Homes in the Ridges Of Summerlin offer contemporary style, many with incredible views. It's no surprise that some of the most expensive homes in town are found here.

The Las Vegas Real Estate Market Update is a monthly report.  Register on our website to make sure you don’t miss our updates and other real estate news.