Las Vegas Real Estate Review for 2013 shows a housing market that has clearly stopped sinking.  This is partially due to a steady decline in foreclosures.  As you can see in the following breakdown, the number of short  sales and foreclosures declined to less than 30% of the market in the final quarter of this year.

Breakdown of homes sold per quarter in 2013

The steady decline in distress sales is clearly visible when we look at the breakdown over each quarter of the year.

For homeowners who have lost their shirts over recent years, this is welcome news. We expect the number of distress sales to continue declining. Many homes have now recovered enough of their value that owners can at least break even. In some cases, we're beginning to see sellers who walk away with a profit.

Currently we have 8831 homes available.  Only 1405 of those are short sales and 721 are foreclosures.  This is still less than a three month supply of homes for sale.  Less than 6 months supply is considered a seller's market.

9 were more than $4 Million.  We had seven homes that sold for more than $6 Million

The top five homes sold in the luxury market included: 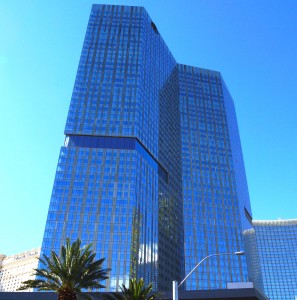 The high rise market has definitely improved over the past year.  We're seeing fewer foreclosures and short sales in this market as well.  Properties like the Martin, Veer Towers, Mandarin Oriental, ONE Queensridge and Turnberry Towers where buyers can choose from previously unsold condos are selling at a good pace.  We had 82 condos that sold for $1 Million or more with 27 closing for more than $2 Million.  The top 10 ranged from $3.1M to $8 Million.

Considering that there were 11 luxury high rise condos that sold for more than $3 Million last year, we are confident that this segment of the market is also gaining strength.

The Las Vegas Real Estate Review 2013 is written by Debbie Drummond, a Realtor with over 10 years experience in the Las Vegas Luxury Home and High Rise market.  We hope you have found this review useful.  For more information, call (702)354-6900 or email [email protected]