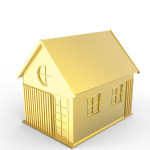 Compared to our friends to the North and Northeast, we've had a mild Winter in the desert.  And in Las Vegas, we've gone straight from celebrating New Year's Eve to Celebrating New Year's.  Chinese New Year and the year of the horse started on Jan. 31st and continues through Valentine's Day.  If you haven't had a chance to visit the Bellagio's Conservatory, the Venetian/Palazzo's Atrium or Chinatown, you still have time to enjoy the festivities.

In other news, those who are dreaming of retiring to Vegas now have MoneyJournal.com's approval.  Las Vegas is number one on their list of best places to retire. We've believed this for years.  Nice to see the numbers agree with us.

Homes for Sale:  We currently have 6538 single family homes listed without accepted offers.  Add another 2228 condos and town homes, including high rise condos, for a total of 8766 properties for sale.  This is down slightly compared to January's 9316 homes for sale.  Out of the current listings, 1361 are short sales and 675 are foreclosures.  The remaining listings are all traditional sales. 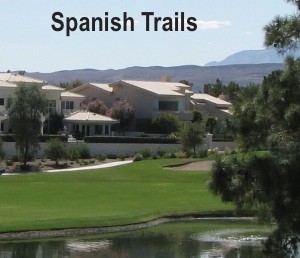 SOLD in January:  In January, we sold 2008 single family homes. An additional 487 condos, town homes and high rise properties closed escrow in January. Total for the month was 2495.  This included 418 short sales and 268 foreclosed properties.

While most of the quick sellers are in the lower price ranges, we are seeing similar activity on certain properties in the higher price points.  I showed a home that had just come on the market in Eagle Hills to a client a week ago.  It was listed at $1.69M.  My clients weren't certain the floor plan with formal living & dining truly fit their family's casual lifestyle.  By the time they went back for a second look a few days later, this home already had three solid offers on it.  They decided to pass on this home and it quickly went into contract with one of the other buyers.  In fact, three of the homes that sold in less than 15 days were priced at more than $1 Million, including one home in Queensridge, one in Red Rock Country Club and a penthouse at the Mandarin Oriental.  This is important info to keep in mind if you're buying a home.  Find something you like, get your offer in. 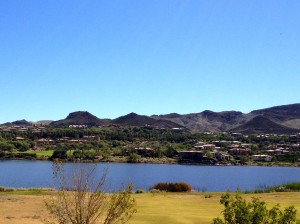 Summary:  January is typically a slower month for home sales both nationally and locally.  The median price stayed stable at $185K in January.  While that was the same as December, it's still 23.3% higher than January 2013.  We don't foresee that sort of appreciation over the next twelve months but limited inventory combined with demand should bring a more reasonable appreciation in 2014.

It is widely believed that foreclosures and short sales will continue their return to a much lower share of the market.  It remains to be seen when and if Congress will address the Mortgage Forgiveness Debt Relief Act.  It expired on 12/31/13.  Unless Congress acts, owners who do a short sale or have a foreclosure may be taxed on the deficiency as if it were income.

This monthly report is courtesy of Debbie Drummond, a top Las Vegas Realtor who specializes in luxury homes and high rise properties.