What Are Popcorn Ceilings and Why Do Homeowners Remove Them? 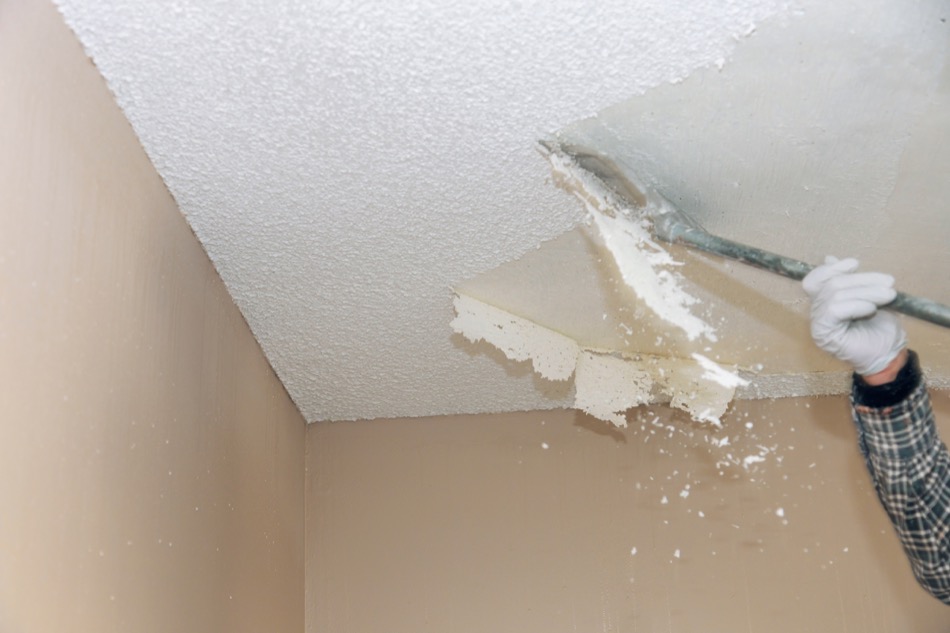 The History of Popcorn Ceilings

Popcorn ceilings have gone by different names over their lifetime, including stipple ceilings, stucco ceilings, and acoustic ceilings. These ceilings were most popular from the 1930s through the 1990s, partially due to their inexpensive cost. Unlike flat ceilings, popcorn ceilings are created by spraying a coating onto the ceiling, and the coating easily covers any imperfections and flaws that would need to be manually fixed on a normal ceiling. Because of this, popcorn ceilings have been a favorite among builders because they take less time and money to install compared to alternatives.

The Advantages of Popcorn Ceilings

Many people think that popcorn ceilings don’t have any good aspects to them. However, aside from the low cost and ease of installation, popcorn ceilings are especially good at dampening noise. This can be seen in one of their alternative names: acoustic ceilings. Popcorn ceilings help block noise coming from above, making them especially popular in multi-story homes or apartment complexes.

Aside from its general appearance, the biggest downfall of popcorn ceilings is one of the materials often used to make it: asbestos. Asbestos is an umbrella term for six fibrous minerals that were used in many building materials due to their heat resistance and affordability. However, when something containing asbestos, such as a popcorn ceiling, is damaged, asbestos dust can get into the air. From there, if it’s inhaled, it can potentially cause cancers and diseases such as asbestosis and mesothelioma. Because of this, it’s dangerous to even remove popcorn ceilings without the proper safety gear and equipment. In 2016 in the United States, there were nearly 40,000 deaths caused by asbestos exposure, and more than 34,000 of those were due to lung cancer.

While a lot of popcorn ceilings are made with asbestos, some are not. When a homeowner decides that it’s finally time to remove their popcorn ceilings, the first thing they should do is test for asbestos, because while the asbestos is harmless when sealed into the ceiling, it can be deadly when disturbed, especially if the homeowner isn’t wearing the proper safety gear.

Modern contemporary style has become a popular design choice for many new homeowners and those tackling home renovations. While it’s not ...Read More

What's the best way to survive a Las Vegas summer? For many residents, it's an afternoon spent in their backyard pool. Not only do pools increase ...Read More